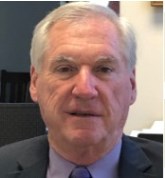 Tomidy, 68, served the County Probation Department at every capacity during his career, receiving many accolades for his efforts to help members of the community rebuild their lives.

“Dave Tomidy has served Oneida County with distinction, integrity and compassion for more than four decades and his presence in this government will be sorely missed,” said Oneida County Executive Anthony J. Picente Jr. “His life’s work was dedicated to community and victim safety and to helping individuals reform their conduct and rebuild their lives. Dave’s valuable leadership and ability to build positive relationships across this community is an asset that will not easily be replaced.”

During that time, he started the department’s Intensive Supervision Unit, was a founding member of Utica City Drug Court, served as Oneida County Traffic Chairman, oversaw reentry programs, was appointed to the Governor’s Council on Community Reentry and Integration and was instrumental in placing probation officers in ten school districts to help reduce juvenile delinquency and identify students with behavior and attendance issues.

His efforts have been recognized with several awards including the Recovery Community Award in 2009, the Oasis Mission Make a Difference Award in 2010 and the Sara Tullar Fasoldt Leadership and Humanitarian Award in 2016.

Tomidy has served on the board of directors for numerous organizations including the McPike Treatment Center, The Center for Family Life and Recovery, Alternatives to Incarceration and the Regional Youth Justice Team. He has also been instrumental in instituting Oneida County’s new Raise the Age plan.

He has been the Chairman of the Board of Trustees at the Tabernacle Baptist Church in Utica since 2010 and has taught Sunday School and instructed youth groups for the past 20 years. He’s also been a basketball referee for the past 26 years and served as the President of International Board of Approved Basketball Officials for two years.

“It has been an honor and thrill to work in this vital profession to serve Public Safety and help improve lives,” Tomidy said. “Probation is frequently under-appreciated for the many things and functions we perform. I am grateful for the full support the County Executive and the Board of Legislators have offered me. I will remember my partners in the Law Enforcement community and service providers.”

Tomidy’s last day with the County is Dec. 7.