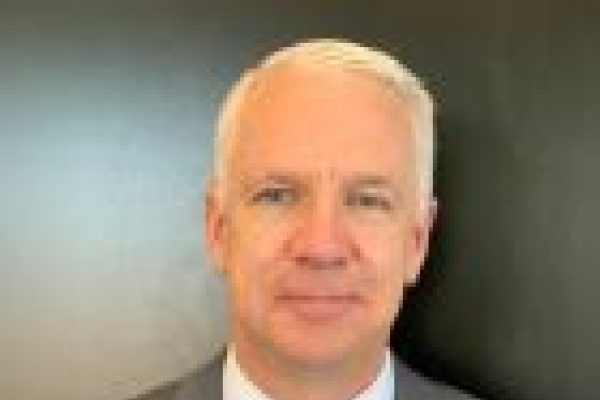 “A County Executive is only as good as the team he assembles to carry out his vision and goals,” Picente said. “Throughout my time in office, I have been fortunate to have been served by the best leaders this area has to offer. These new appointments continue in that tradition and will take this government into a new era. I look forward to the benefits their skills and ideas will bring to the table, and I thank those who have come before them for the hard work that got us to where we are today.”

Kevin Revere will take over as Picente’s Chief of Staff effective Feb. 5. Revere has spent the past 10 years as Director of Emergency Services for Oneida County and prior to that worked as the Law Enforcement Coordinator for the Oneida County District Attorney’s Office for 13 years.

Revere has also been employed as an Oneida County Sheriff’s Deputy, a Senior Gaming Operations Inspector for the New York State Racing and Wagering Board and was the Administrator of the Oneida County Drug Enforcement Task Force.

During his time with the Sheriff’s Office, Revere received several citations and commendations including being named Deputy of the Year in 1988, the Exceptional Service Award in 1989 and the Good Conduct Award in 1992.

Revere graduated from the University of Central Missouri with a bachelor’s degree in fire science.

“I’m honored to be a part of the County Executive’s team and happy to play a role in executing his vision,” Revere said. “I look forward to partnering with the Board of Legislators to maximize our workforce and improve upon the way our services are delivered to the people of Oneida County.”

He replaces Alfred J. Candido Jr. who is retiring after serving as Chief of Staff the entire 13 years that Picente has been in office. Candido was an integral partner in several major projects and initiatives during his tenure including the Oneida Nation deal, the consolidation of the county Emergency 911 system and the establishment of a county Medical Examiner’s Office.

Ed Stevens will become Director of Emergency Services effective Feb. 5. Stevens has been serving as Oneida County STOP-DWI Coordinator since September and prior to that served as a captain in the Rome Police Department.

Stevens began his career with the Rome Police Department in 1988, spending eight years as a patrolman before being promoted to senior investigator and being assigned to the Juvenile Aid Division. From there, he was promoted to sergeant in 1998, detective in 2000, detective commander in 2004 and then rose to the rank of captain in 2005. He also co-founded the department’s juvenile mentoring program Cops and Jocks. He retired from the department just prior to assuming his role as STOP-DWI Coordinator.

He also worked as an officer in the Dolgeville Police Department and is currently the sitting chairman of the Oneida County Law Enforcement Coalition. Along with then New York State Assemblywoman and current New York State Commissioner of the Office of General Services RoAnn Destito he helped bring a Boys and Girls Club to Rome and coaches Pop Warner Football and youth wrestling.

“I am grateful for the opportunity to represent Oneida County as the Director of Emergency Services and would like to thank County Executive Picente for his consideration and confidence in my appointment,” Stevens said. “I look forward to working with all of the employees at the 911 Center, and its partners throughout the county, to continue to move forward with the ongoing projects that will aid in the efficiency regarding the areas of interoperable communications and public safety.”

He replaces Revere as he moves on to become Chief of Staff to the County Executive.

Joseph Johnson will become Commissioner of Personnel effective Feb. 22. Johnson has spent the past five years as Deputy Commissioner of Social Services — Administration and prior to that served as Special Projects Coordinator for Oneida County Workforce Development for three years.

Prior to joining county government, he served as District Director for U.S. Congressman Michael Arcuri and a term as an Oneida County Legislator. He has also worked in operations management and sales for several local companies.

Johnson is currently a member of the Oneida County Sports Authority and has served on numerous other boards including the Utica Harbor Point Local Development Corporation and the Utica Industrial Development Agency.

He graduated from SUNY Polytechnic Institute with a bachelor’s degree in business/public management.

“I am excited and look forward to the opportunity to lead the personnel department for Oneida County,” Johnson said. “I am grateful to the County Executive for giving me this chance to bring my skills and experience to this important position within our government.”

Johnson replaces John Talerico who is retiring after 11 years. Talerico was appointed to his first six-year term as Commissioner of Personnel in 2009. He also spent 18 years as Director of Labor Relations and worked several years in Audit & Control. Talerico served as Board President and Regional Vice President of the New York State Public Employer Labor Relations Association and was honored as the association’s 2018 William L. Holcomb Award winner for demonstrating extraordinary achievement.