The County Fire Coordinator administers the Oneida County Mutual Aid plan. His role is not that of an on-scene commander, but to assist with and advise the local fire officer in the response of the necessary resources to handle the given situation. He also oversees the operation and maintenance of the County’s Mutual Aid radio system.

The Fire Coordinator’s Office also plans, coordinates, and implements training at the local level with curriculum developed by the New York State Office of Fire Prevention and Control (OFPC) to the hundreds of firefighters, related governmental officers and other emergency response personnel in Oneida County . He is assisted in providing this OFPC Outreach Program by five local New York State Certified Fire Instructors. 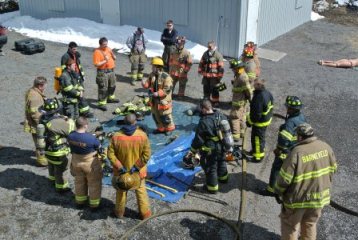