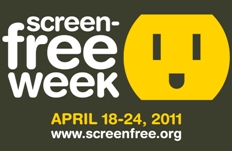 “Oneida County Health Urges Alternatives to Video”
Oneida County parents and children are encouraged to turn off their televisions and video games and lace up their walking shoes during “Screen Free Week,” April 18th through the 24th.

Residents are invited to participate in one of several community walks being sponsored by the Oneida County Health Department and planned for Tuesday, April 19th between 6:00 pm and 7:00 pm. Walkers will meet at the Sherman Drive parking lot in Utica for a walk around Mohawk Valley Community College’s (MVCC) expansive campus. A second walk will be held on the paved trail behind the Vernon Town Hall; and a third begins at the Philip A Rayhill Trail on Clark Mills Road/Rte.840, which attracts walkers year round. There will be prize drawings at each of the venues.

“I urge all Oneida County residents to take this opportunity to break the television habit and join with their family members in one of these fun outings,” County Executive Anthony Picente, Jr. said. “After the long, arduous winter these walks can help you to get moving and put you on the path of regular exercise and the benefits of a healthier lifestyle.”
The motto for Screen Free Week, which is intended to bring attention to the country’s obesity problem, is “Turn Off Screens & Turn on Life,” according to Krista Drake, event coordinator and Public Health Educator with the health department.  Drake said that television watching can be habit-forming and contributes to a sedentary lifestyle and problems later in life for many American children.
“On average pre-school children spend 32 hours per week with screen media, despite the American Academy of Pediatrics recommendation of no screen time for children under 2 years and no more than 2 hours per day for older children,” Drake said.

In addition to the community walks, the health department offers tips on other things to do to replace television viewing during Screen Free Week. The Jervis Public Library in Rome will be holding a “Curious George Story Time” on April 21st and again on the 23rd. The Barneveld Library’s Spring Reading Program on April 20th will feature crafts, stories and an egg hunt; and the Rome YMCA is holding a “Healthy Kids Day” on April 16th . Visit www.midyork.org to see what is happening at the local library in your community.