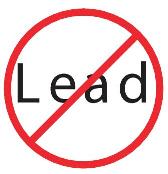 Cathe Bullwinkle was nominated for the recognition by Oneida County Executive Anthony J. Picente, Jr., who described her in a letter to Dr. Richard F. Daines, New York State Commissioner of Health, as the ‘chief architect and driving force behind Oneida County’s Primary Lead Prevention Program.’

“Cathe’s expertise and inexhaustible energy focused on eliminating the threat of childhood lead poisoning has led to her development and implementation of lead abatement programs that serve as the models for counties throughout New York State,” Picente said in his nomination letter. He continued, “With the onset of the novel 2009 H1N1 influenza, Cathe was integral in developing and coordinating Oneida County’s response to the pandemic.”
Working with officials of the City of Utica, Bullwinkle secured millions of dollars in state grant funds for lead testing, lead abatement and contractor training in lead safe work practices.
Bullwinkle developed a series of informational seminars for the parents of school-aged children and conducted the evening sessions at each of the county’s schools. Additionally, she coordinated the subsequent school mass vaccination program in each of the 77 buildings throughout the County’s 19 school districts.
In a letter of congratulations, Dr. Daines told Bullwinkle that at the heart of all successful public health initiatives are outstanding people who promote and protect the public’s health and safety.
“We hope that honoring you and your work will encourage other public health workers to aspire to your level of skill and dedication…,” Daines said.
The Honor Roll was established to highlight the key roll public health workers play in promoting and protecting the health of all New Yorkers and to encourage others to join the ranks.
“I am humbled by this recognition and wish to share it with my co-workers and many community partners who, like myself, aspire to make Oneida County the healthiest community in New York State,” Bullwinkle said upon learning of this award.