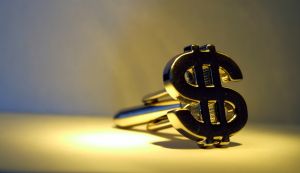 “Ever since April, State Government has been holding back on the payments that are owed to Oneida County for services that we are required by the state to provide,” Picente said. “This is unfair, and this is simply the state’s attempt to pass its fiscal disaster onto the backs of the counties, just the way state government has passed the burdens of high-cost programs onto the backs of counties. New York State’s deliberate policy of tampering with the fiscal soundness of county governments by reducing their cash flow in order to protect the state is a violation of the spirit of partnership that should exist between state and local governments. We balance our budget; we adopt our budget on time; and I resent having our cash flow squeezed by those in government who can’t or won’t fix their own budget mess.”
Picente said that Oneida County is facing a huge slowdown in reimbursements for state mandated Department of Social Service (DSS) programs such as Medicaid, child welfare, Temporary Assistance for Needy Families (TANF), and public health.
Stephen J, Acquario, Executive Director of the New York State Association of Counties, said that Oneida County’s plight is similar to that of other counties across New York State. “The State should promptly pay its bills for services delivered, or have a reasonable period of time to make payments. The counties are not a bank for the State. In many instances, the State delays payments for months, even years. The budget crisis has made a bad situation even worse,” Acquario said. “The problem is that the State is causing cash flow problems at the county level. If they are going to borrow money from us, then the State should pay interest on these property tax dollars.”
“It’s bad enough that the state mandates programs that force us to spend money; now they refuse to even pay their share of what they require us to do,” Picente said. “This is just one more symptom of the fiscal problems at the state level that are making it difficult for county governments to be fiscally secure.”
Picente said that county governments and county taxpayers should not be bearing the burden of the state’s long-stalled budget process. “Oneida County purchases services and goods from many vendors. We pay our bills on time – and continue to do so despite the state’s withholding of $29 million that is rightfully ours. I am demanding that the State of New York pay its bills because the longer this situation goes on, the more serious it becomes for Oneida County and all other counties.”
Picente said that county officials monitor the county’s cash situation closely, and do not yet plan to borrow money. “We’re not at the borrowing stage yet,” Picente said. “I hope that the state will act before we ever get to that stage, because there is time to avert that, and that’s why I am speaking out now. All we need is the State of New York to be willing to pay what it owes. ”