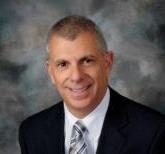 “In Oneida County there is a natural fit that I believe must be explored between all parties,” Picente said in the letter. “Amazon has been clear they intend to be a leader in developing an unmanned aerial vehicle fleet that would revolutionize package delivery. The best place in the nation to do just that is in the City of Rome.”

Picente’s letter can be read in its entirety here.